THE FORGOTTEN YAZIDI WOMEN OF IRAQ

Four years ago Yazidi villages had been occupied by ISIS, grown men in their community killed, and older women bussed away to empty land; they were considered useless.

But girls and young women were taken as concubines; raped, enslaved and treated brutally by militants.

The Yazidis are an ethnic Kurdish religious minority group, the majority from Iraq’s Sinjar region. In 2014, when ISIS begun a massacre of the the more than half a million population, infrastructure was destroyed. They left little means to survive. Khalsa Aid responded by providing essential food packs to hundreds of Yazidi families. We continue to provide monthly survival food drops more than three years on.

Since 2016, we have seen trickles of Yazidi girls and young women have managed to flee their captors and return to the local community. But most return in the clothes the militants forced them to dress in. Shopping for new clothes was the last thing they could imagine, let alone afford.

So, Khalsa Aid decided to act with an innovative approach: to give each one a budget to pick exactly the outfits they wanted, after months or years of violent brutal oppression. “We wanted to give the girls the freedom of choosing the clothes themselves” –  Kanwar, Khalsa Aid project coordinator. Each trip also offers a social outlet for a group with whom psychological trauma is rife.

In cases where Khalsa Aid have recognised exceptional talents in young women who have returned, we have purchased sewing machines and fabric so women can offer repairs and sell their creations.

In December 2017, the Iraqi government announced it had defeated ISIS. With the news, we have seen more and more girls and women returning from captivity, and are working with a local office for kidnapped rescues to ensure every girl and young woman who returns is taken shopping. This means in January 2018 alone we took 200 girls on mass shopping trips.

Our work has reached headlines in Business of Fashion, The Stylist, and more. Savraj Kaur has published her experience here.

After the trip we spoke to Hannah, 14, who spend three years in captivity: “When I was in ISIS’s hands, all I had to wear was black from my shoes to my head And they would bring it to me. But today I had the opportunity to go shopping again. And buy as many colours as I wanted!”.

Please donate today to support our work with Yazidi women in Northern Iraq, and in other emergency situations across the world.

Shopping can offer a new lease of life. 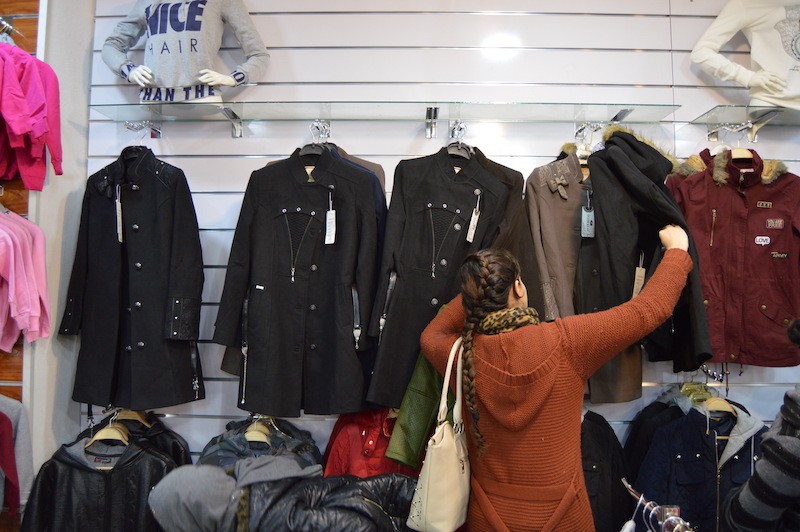