Khalsa Aid International issued a statement on 23rd December 2020 to raise concern regarding malicious and unfounded claims made in a news report published by Zee News.

Despite that statement, Zee News has continued to pursue an agenda of defaming Khalsa Aid International, the charitable work that it undertakes and also key members of the charity.

For the avoidance of doubt, the Khalsa Aid International team have never had any connection with any of the organisations alluded to in the Zee News report.

Khalsa Aid International is a registered charity and regulated by the UK Government through the UK Charity Commission. Independent audits are carried out annually on the charity’s financial accounts. Full financial statements of income and expenditure are reported at the end of each fiscal year via our trustee’s report. These reports provide an explanation of charity’s expenditure and states clearly where funds are ringfenced and in place for specific projects.

The allegations made by Zee News claiming financial wrongdoing are baseless and malicious. All income is reported and accounted for in the trustees annual statement submitted and published to the UK Charity Commission. All expenses incurred by the charity are listed in this report, including the salaries of all the charity staff members.

The statement referring to Ravi Singh and his wife leading a ‘lavish and royal lifestyle’ is completely untrue. Contrary to the Zee News articles’ insinuations Ravi Singh’s wife is a health professional in full time employment with the National Health Service of the UK.

The accusations made in relation to Mr Harnek Singh of New Zealand, are also completely baseless, malicious and designed to cause serious harm to the reputation of Khalsa Aid International. We have no connection to this individual or had any involvement with his social media work. Again, the allegations made against Ravi Singh’s wife are spiteful, malicious and have been reported purely to cause distress and to cause serious harm to her professional integrity, credibility and reputation.

Khalsa Aid International has never been a ‘for-profit’ organisation. The Constitution of Incorporation for Khalsa Aid International was reviewed a number of times over the 21 years it has been in existence and there was a gradual evolution of the charity over the two decades. This was to continue to allow resilient and proportionate governance structures to be in place. There is a clear audit trail to all funds and transactions made throughout the history of the organisation. All these reviews have been managed by independent legal bodies and under sound legal advice.

Claims within the article of a Nobel Peace Prize nomination being as a result of lobbying are again malicious and baseless and not worthy of commenting further upon. The allegation undermines the Nobel Peace Prize process and is offensive in its entirety. 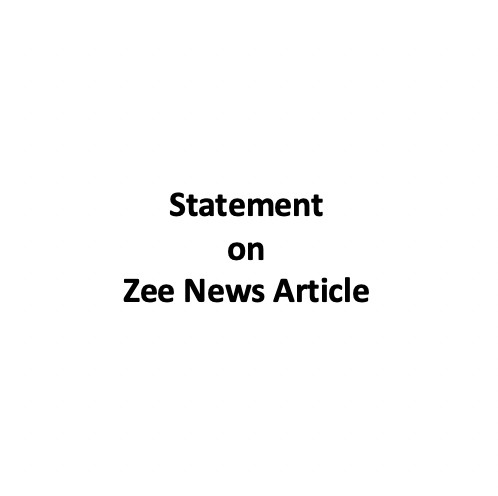